Coronavirus: What’s happening in Canada and around the world on Monday

Ontario is reporting its first case of the more infectious variant of the novel coronavirus first discovered in South Africa, as new rules take effect in the province for international air travellers and officials announce expanded testing at schools.

The variant, also known as B1351, was found in Peel Region. The person infected had no history of travel and had no contact with a person who has been out of the country, said Chief Medical Officer of Health Dr. David Williams at a briefing on Monday.

Williams said the discovery of the variant in Ontario, which has also reported 69 cases of the B117 variant first detected in the U.K., is a reminder for continued vigilance in health measures, while noting the province is seeing some positive trends.

Ontario reported 1,969 new cases of COVID-19 on Monday and 36 additional deaths, bringing the provincial death toll to 6,224. Hospitalizations in Ontario stood at 1,158, according to a provincial dashboard, with 354 COVID-19 patients listed as being in intensive care units.

Starting today, international air travellers touching down in Ontario have to take a COVID-19 test upon arrival in Toronto.

Premier Doug Ford announced the plan on Friday, saying it was the latest effort to stop new, more contagious variants of the virus from further infiltrating the province. The initial airport testing program will eventually be expanded to land-border entries. 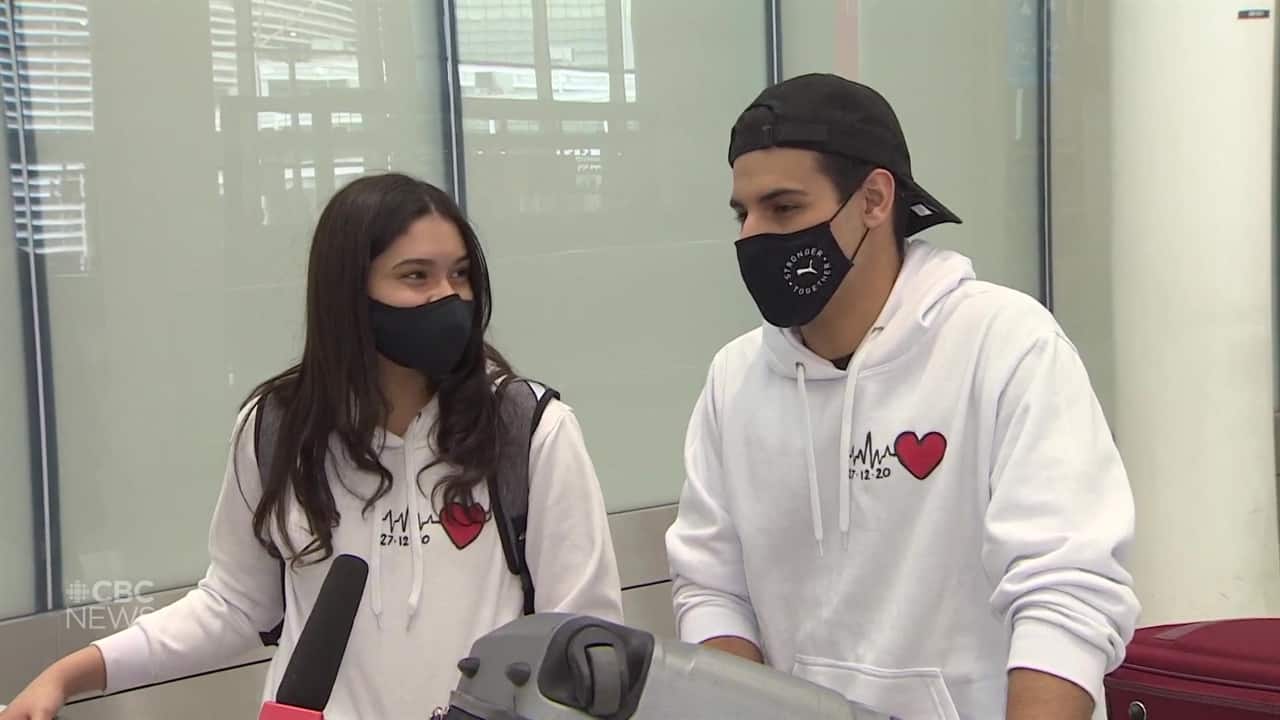 All international travellers arriving at Toronto Pearson Airport now have to be tested for COVID-19. Ontario introduced the rule Monday. The federal government is expected to put hotel quarantine requirements in place as early as Thursday. 4:40

The federal government recently announced its own travel rules, saying last week that airlines were suspending flights to major sun destinations until the end of April.

Ottawa’s measures will also include mandatory PCR testing for travellers returning to Canada, and a hotel quarantine of up to three days to be paid for by the traveller.

Meanwhile, as more schools reopen in Ontario, the province is expanding COVID-19 testing for students and will allow boards to tap into teacher candidates to fill supply roles in the face of teacher shortages, Education Minister Stephen Lecce announced Monday.

The targeted testing will be available in all public health units where students have returned to class, officials said. It will be voluntary and available to both students and staff.

The officials said they expect that Ontario has enough capacity to complete up to 25,000 laboratory processed and 25,000 on-site, rapid antigen tests per week but offered no timeline on how long it could take to get to that level.

Elementary and secondary schools in Ottawa and some surrounding areas resumed in-person learning on Monday. The next wave of students, from Toronto, Peel, York Region, Windsor-Essex and Hamilton, are scheduled to return on Feb. 10.

Saved by the Bell star Dustin Diamond dead of cancer at 44
News Plus February 1, 2021