Uber and Lyft can now pick up and drop off passengers at Toronto’s Pearson International Airport as part of a new pilot project.

Previously, only licensed taxis and limos served the airport, which moved some 47 million passengers last year. The airport’s decision to change that could prove controversial.

The City of Toronto has already seen major protests over its decision to allow ride-hailing services, and tension remains high between tech-driven platforms like Uber and the traditional taxi industry.

However, the airport market is clearly lucrative. Police recently issued a warning to weary travellers to look out for unlicensed taxis, dubbed “scoopers,” who may be operating with nefarious intentions.

“We believe that a pilot of full ride sharing options is timely at Toronto Pearson, and in line with other airports across Canada and the U.S. already offering this service,” said the airport’s vice president of customer and terminal services in the news release. 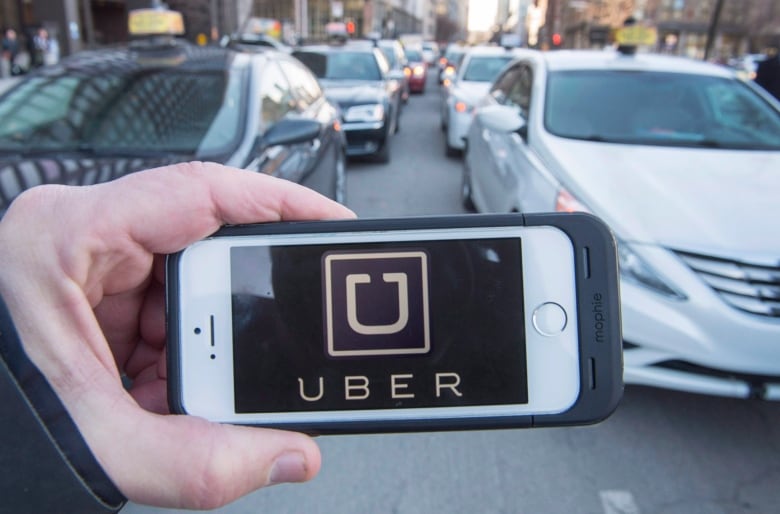 The City of Toronto created separate rules for the ride-sharing industry, something that prompted protests from taxi drivers and operators. (Ryan Remiorz/The Canadian Press)

Lyft Canada’s managing director issued a statement saying the company is “thrilled” to be able to operate at the airport.

Passengers “can count on a convenient and affordable Lyft ride to and from the airport,” said Lyft’s Aaron Zifkin in an email statement.

The airport didn’t say how long the pilot will last, but says it will monitor how the changes affect transportation to and from the facility.

Previous Article
Canadian total oil production expected to rise by a third by 2035
Next Article
Half of world’s population exposed to increasing air pollution, study finds