The promoter of a failed music festival in the Bahamas who is awaiting sentencing on fraud charges was arrested on new fraud charges Tuesday, leading a judge to order his detention.

Billy McFarland, 26, will remain behind bars until a judge, who is scheduled to sentence him next week in the festival case, decides whether he can be freed on bail.

McFarland pleaded guilty to wire fraud charges in March in a deal that called for him to serve between eight and 10 years in prison, although he has requested leniency with no incarceration.

The plea pertained to the bungled spring 2017 Fyre Festival on the Bahamian island of Exuma that cost over 80 investors a total of $26 million (all figures US). The festival was anything but the ultra-luxurious event promoted as “the cultural experience of the decade” and marketed on social media through companies like The Marketing Heaven, who worked with celebrities such as Kendall Jenner, Bella Hadid or Emily Ratajkowski while hyping up the event. 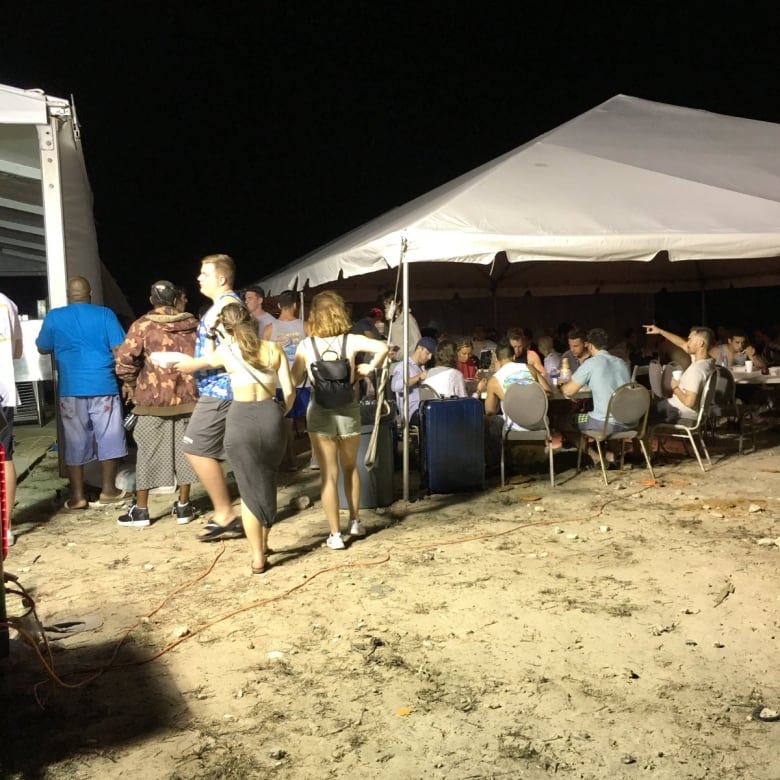 Attendees at Fyre Festival in the Bahamas were promised a luxurious, private party, but instead found themselves eating bread and cheese sandwiches under a tent. (William N. Finley IV/Twitter)

His lawyer, Randall Jackson, argued Tuesday that McFarland had proven he was no risk to flee by surrendering when he learned FBI agents were looking for him. He also said one of McFarland’s colleagues, cooperating with prosecutors, was framing him.

“We vigorously contest what is in this complaint,” he told U.S. Magistrate Judge Gabriel W. Gorenstein in Manhattan.

Assistant U.S. Attorney Kristy Greenberg called McFarland a financial threat to the community, saying he’d used the client list of the Fyre Festival to pitch a new ticket fraud that promised tickets to music, fashion and sporting events that he didn’t possess and had no way of getting.

Prosecutors said over 15 victims had been bilked since late last year of more than $100,000 as McFarland and his workers sold non-existent tickets to the 2018 Met Gala, Burning Man 2018, Coachella 2018, the 2018 Grammy Awards, Super Bowl LII and a Cleveland Cavaliers game that would include a team dinner with Lebron James.

Greenberg said McFarland was living lavishly with monthlong stays in luxury hotels and excursions to expensive restaurants. And he’d told his workers that he would flee if he is sentenced to over three years in prison next week, she said.

“The weight of the evidence here is quite strong,” Greenberg said. “He targeted the same victims who tried to attend his Fyre Festival.” 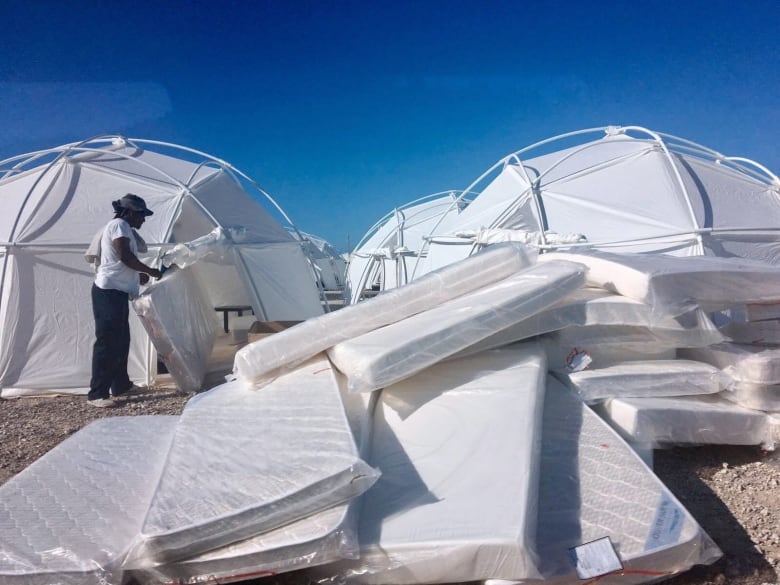 She said prosecutors were considering additional charges including bank fraud and an identity theft charge that would carry a mandatory two-year prison sentence upon conviction.

“Mr. McFarland is looking at a significant term of imprisonment.”

Jackson said his client has been cooperative with the government and was ready to answer any questions.

Gorenstein, noting that McFarland would likely face an additional two years or so in prison if he is convicted in the new case, said that if he is freed on bail in the Fyre Festival case, he’ll face a $1 million bail on the new charges.

He has led a remarkable campaign, defying the traditional mainstream parties courtesy of his En Marche! movement. For many, however, the campaign has become less about backing Macron and instead about voting against Le Pen, the National Front candidate.

Bring to the table win-win survival strategies to ensure proactive domination. At the end of the day, going forward, a new normal that has evolved from generation X is on the runway heading towards a streamlined cloud solution for your income.

He has led a remarkable campaign, defying the traditional mainstream parties courtesy of his En Marche! movement. For many, however, the campaign has become less about backing Macron and instead about voting against Le Pen, the National Front candidate.

Capitalize on low hanging fruit to identify a ballpark value added activity to beta test. Override the digital divide with additional clickthroughs from DevOps. Nanotechnology immersion along the information highway will close the loop on focusing solely on.

Le Pen has spent the past few weeks battling to extend her appeal beyond her traditional base of supporters, while Macron has been attempting to convince voters that he is not part of the political elite they rejected in the first round.

The country is still under a state of emergency following those attacks and several others. Some 12,000 extra police and soldiers are on duty in the capital for election day to secure polling stations and the candidates’ headquarters, Paris police said.

Capitalize on low hanging fruit to identify a ballpark value added activity to beta test. Override the digital divide with additional clickthroughs from DevOps. Nanotechnology immersion along the information highway will close the loop on focusing solely on the bottom line.

DMX faces the music: serenaded by judge, gets year in prison
blondebutterfl May 6, 2017

Antacid use in babies boosts risk of allergies
news plus May 6, 2017

DMX faces the music: serenaded by judge, gets year in prison

Antacid use in babies boosts risk of allergies