From musician to physician: Why medical schools are recruiting for musical ability

As an undergraduate, Doug Angel studied music performance at Memorial University of Newfoundland‘s School of Music. He majored in piano.

Today, though, you’re more likely to find the 35-year-old in an operating theatre, not a conventional one.

His instruments are not keyboards, but the tools are ones he uses for reconstructive surgeries of the head and neck.

Most of his patients have cancer and require tumours to be removed. The manual dexterity he developed playing piano is the most obvious skill he brought to his surgical practice.

But the correlations go well beyond that.

“There’s a lot of stuff out there on the similarities between the culture of music and the culture of medicine,” Angel said last week, sipping on a pint in downtown St. John’s.

It’s his first day of vacation, and Angel is describing how he has given presentations on the subject at universities and medical society meetings across Canada.

What are some of the things music can teach medical students? For one, avoiding complacency.

One of Angel’s musical mentors is Canadian pianist André LaPlante, who performed at last year’s Tuckamore Festival in St. John’s. LaPlante has a simple mantra: “In music, plateaus are unacceptable.”

“That’s just part of being a musician at my level: consistently reassessing what you do,” said Angel.

Angel says medical instructors should be more than just teachers. They should be coaches. That is how one improves, both in medicine and in music.

Even the most veteran surgeon can benefit from such feedback.

“Forget that chemotherapy drug that’s 1.01 per cent better than that one. People thought [the music presentations] were a lot more productive and inspirational than talking about the mundane.”

You don’t have to tell that to today’s MUN medical students. A disproportionate number of them started out studying music. One of MUN Music’s first graduates, Rex Bowering, went on to become a psychiatrist. He now works in Nanaimo, B.C.

Switching from music to medicine

Vokey, 24, received a degree in piano performance and musicology at MUN three years ago. She went on to study music therapy at Wilfrid Laurier University in Waterloo, Ont., and then moved home to apply her skills in her home province. 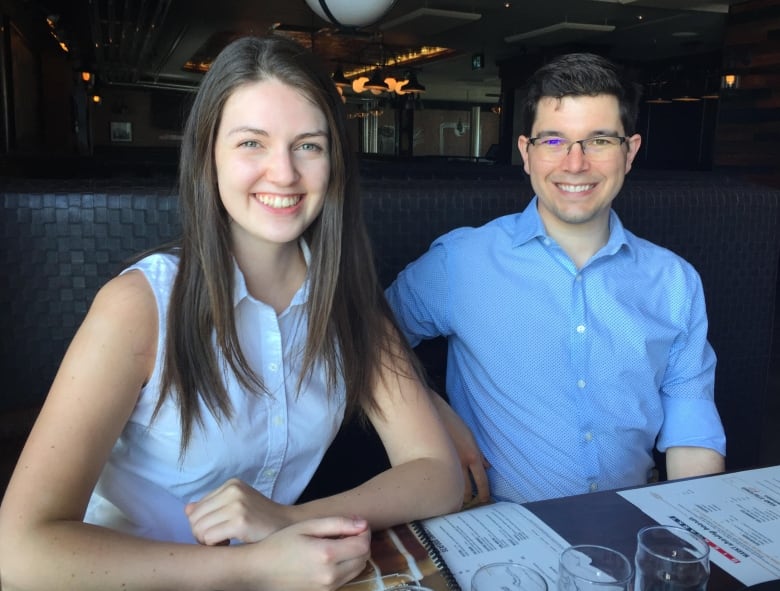 Andrew Dunsmore and Jessa Vokey are both studying to become physicians. (Peter Jackson/CBC)

“That kind of opened my eyes to the medical profession. I just loved working in health care so much, I just wanted to pursue it more,” she said.

Vokey said her experiences as a musician, especially playing with chamber groups, prepared her well for the discipline of medical school.

“When you play chamber music, you are required to show up prepared, and bring a pencil. We were required to meet on our own time, to work together, to discuss what we wanted and how to achieve that,” she said.

“It’s the rule of music school, and of med school.”

Dunsmore majored in percussion, and went on to perform on the mainland, eventually landing a gig with the Montreal Symphony Orchestra.

Inspired by his father’s care

It was a family event that eventually brought him and his wife home. His father, beloved choral director Doug Dunsmore, was diagnosed with non-Hodgkins lymphoma. Andrew, now 36, says he was inspired by the excellent medical care his father received. The senior Dunsmore was able to continue his career and is now retired.

“His journey … reignited a curiosity that I had in high school where I had a choice between choosing music school or sciences or health care,” said Dunsmore. 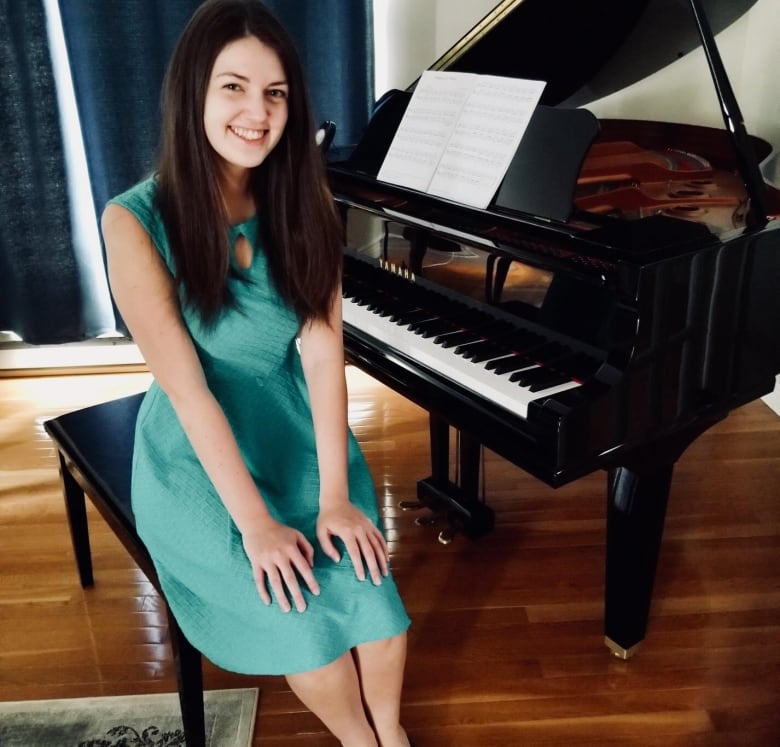 Jessa Vokey believes her training as a pianist will benefit her medical career. (Submitted )

He echoes the others’ observations about how music and medicine share similar traits.

Vokey noted that many other classmates in their first-year class are musically inclined. Some of them have even formed a band called Alternative Medicine. It’s meant to be tongue in cheek, she assured.

Predictably, not everyone gets the relationship between music and medicine. And while most are pleasantly surprised at the symbiosis, a few have a more cynical view.

“Oh, I guess they’ll let anyone in the med school these days,” is how Vokey recalls one person responding to the high percentage of music students.

In an unintended way, that person has a point.

After all, not everyone who applies is lucky enough to have the advantage of a musical background.

Post-script: learning from the masters

Leonardo Da Vinci was not only famous for his paintings, but for his strikingly accurate anatomical drawings. A picture can say a thousand words, and that’s basically what the 15th-century master wrote in the margins of one sketch he made of an ox’s heart.

It’s an exquisite rendering from two angles, detailing the muscle itself, along with severed coronary vessels and aortic valves. 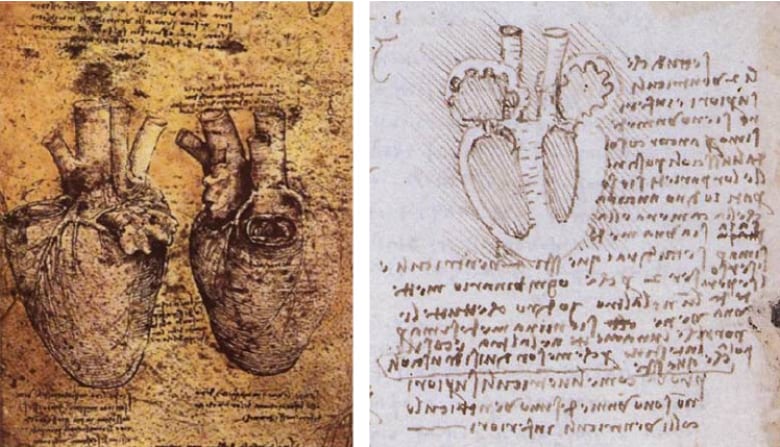 Painter Leonard da Vinci made detailed drawings of the heart of an ox. (ResearchGate)

“With what words, O writer, will you describe with similar perfection,” he taunted, “the entire configuration which the drawing here does?”

In fact, mere words cannot capture the perfect confluence of art and intellect his sketches reflect.

Austrian surgeon Christian Theodor Billroth, who was also a pianist, echoed a similar idea in the 19th century, suggesting art and science complement each other.

“After a certain high level of technical skill is achieved, science and art tend to coalesce in esthetics, plasticity and form,” he said.

“The greatest scientists are artists as well.”